Gain Confidence by Facing Your Fears 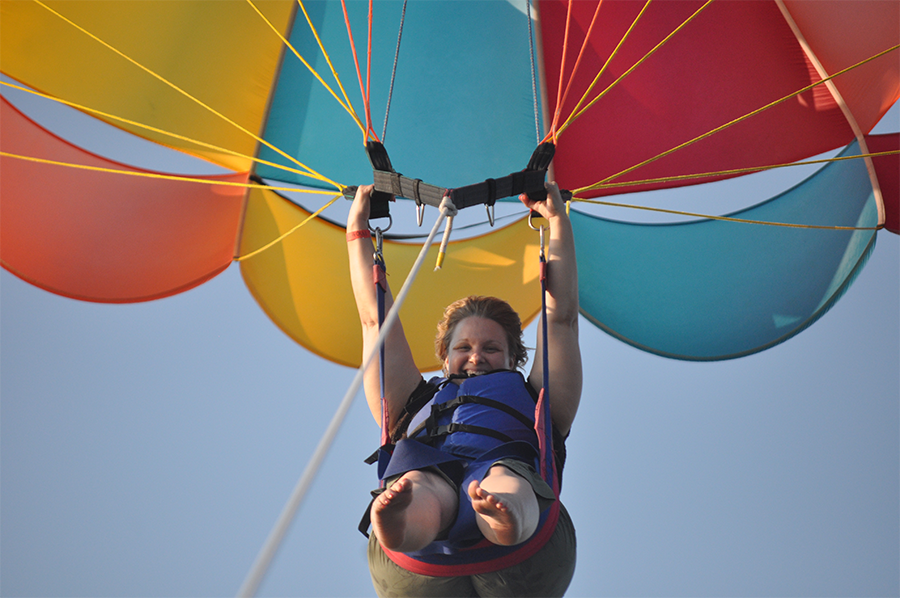 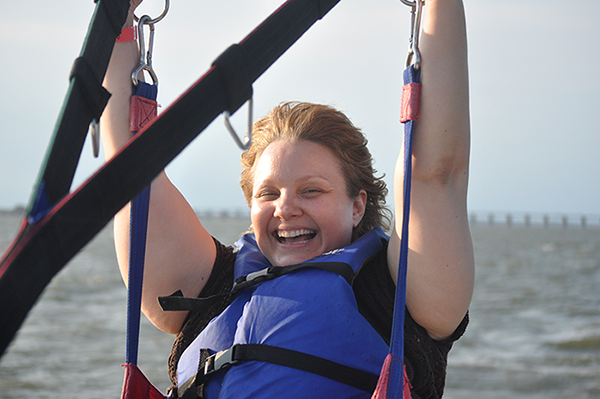 When you grow up around parents and adults who constantly remind you of everything they think is wrong with you, you may not feel good about yourself.

To a child, their parents are their world. As children, all we want is to please our parents because to a child’s way of thinking keeping them happy means we would be accepted and loved by them.

But some parents aren’t the warm and fuzzy type and many are even worse than just rough around the edges. Some are downright  mean and abusive.

Parents can only give their children the best of what they learned from their families and if they didn’t hit the parent lottery, they will only be capable of giving you what they received from their parents.

So there are a lot of adult parents who are walking around hurting and for some it makes them feel better when they cut others down.

The more they tell you what they think of you the more you accept it.

And if you don’t think you’re okay the size you are, it’s very likely that you will feel like you have to hide.

Fear of being judged as fat has paralyzed a lot of women who struggle with body image issues.

It’s possible that you have been walking around feeling wounded by a mother, father or other overbearing or even abusive parent or authority figure in your life who has made or is making you feel less than, unacceptable or unworthy.

One of the most important things that I learned during my NLP Master Certification (Neuro Linguistic Programming) training was that confidence isn’t a gift that you either have or you don’t.

It’s something that you create by doing things you don’t believe you can do.

Has your self-confidence ever gotten a big boost when you acknowledged that you achieved something that you didn’t think you could do?

Can you relate? I’d like to share a story of how that stinking thinking has affected me.

In 2015 my family and I went to Ocean City, Maryland for vacation. On the last day I decided to go parasailing with my daughter, Cara to face my fear of heights. The plan was to ride together in a tandem harness. When the boat captain saw my size, he told me that the harness would not support both my daughter and I.

Thinking back to all the times when my father used to put me down and criticized me about my weight, I felt so ashamed. A part me felt like running away and hiding so my fat thighs would not be seen by everyone. I wanted to cry and scream, but more than that, I was angry, in fact, livid because I realized that for far too long I let my father’s negative opinion of me rule my life. Now I realize that the only opinion that really counts is mine.

So I wanted to prove to myself that I had nothing to fear.

I decided to go parasailing alone. As the boat picked up speed, my big chunky body lifted up into the air. I kept going higher and higher until I could barely see my family in the boat below. At 450′ above the water, I was terrified, looking down into the bay. I noticed the tension in my hands as I clutched the harness for dear life.

My first flash of thought told me that I was alone up there. Then my next thought was that I wasn’t really ever alone. My Nana raised me to have a strong sense of faith. I don’t consider myself to be very religious, but deeply spiritual.

Somehow I just knew that God was with me, and that made me feel better.

I laughed when I realized that no amount of hanging onto a harness was going to keep me up in the air. I just had to trust that I would be okay.

In a profound moment and show of faith, I slowly released my hands’ death grip on the harness. First one, and then the other. With both hands free, I spread my arms out and shouted, “Here I am, Lord. I’m putting myself in your hands.”
The experience of letting go that day was indescribable. Since then my faith has been tested in many ways and I’ve found myself coming back to that place of gathering my courage and faith so that I can face my fears and let go of all that I can’t control. It hasn’t been natural and it’s not easy, but it sure does feel good to stop feeling the need to be in control of everything.

How has this changed my life? Because I grew up around so much chaos living with my mom who suffered mental illness and was attracted to abusive pedophile men, I learned to always anticipate the worst.

For years I was estranged from my mother because I harbored so much hatred toward her and blamed her for not protecting my baby brother and I from the danger of being left with my step father, Jorge.

I’m no stranger to fear. Jumping at shadows is my natural instinct. I’ve lived in fear for so many years that it’s become normal to me. During quiet times, I have tortured myself with catastrophic thoughts, wondering when my luck would turn.

Now I see how I wasted years jumping at shadows and making mountains out of molehills, because I just didn’t know how to let go.

Now letting go has become something that I practice doing every day. My favorite way of letting go is meditating; every day. How ‘bout you? How do you let go so you can rise above your negative thoughts?

If you’re a woman struggling with bingeing, blues and body shame looking for some support to end your food obsession and overcome your body insecurities, I created a Facebook group just for you. If you have been leaning on food as an emotional crutch, there’s no shame in that. But as your stress escalates, if you have no other way of dealing with upsets other than food, your health will suffer. You don’t have to go down that path. Let me help you make some effortless lifestyle changes. I can show you that there is another way.

If you want to know more about how you can get healthy and lose weight without dieting slowly and naturally taking baby steps to better health, I invite you to join my Facebook group. I’ve just re-named the group, “The Juicy Woman.” Check out the link to join the group here: