Going Gray: 5 Tips to Embrace Aging Gracefully to Step into Your Power 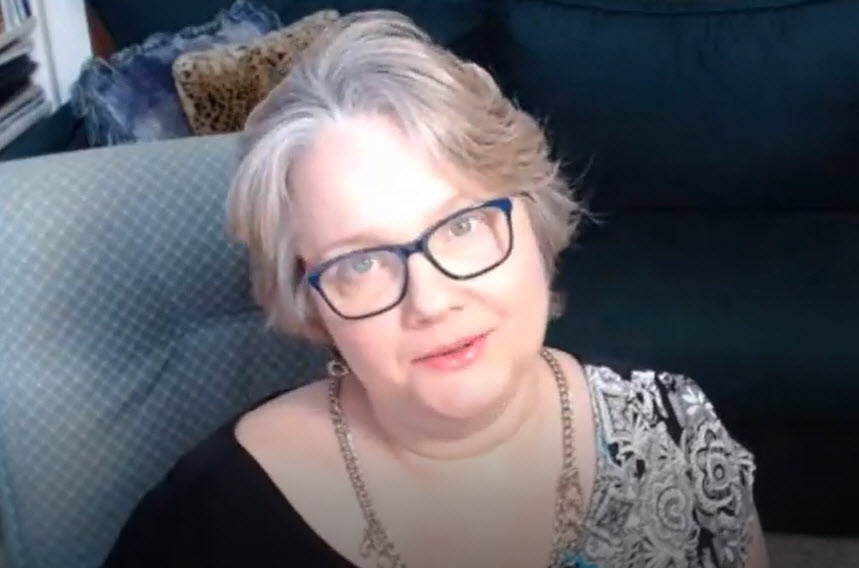 Going gray is one of the natural physical changes that will occur in your body as you age. According to WebMD, every hair follicle contains pigment cells that continuously produce a chemical called melanin. Melanin gives your hair its natural color. As we age the hair follicle’s cells gradually die off and the new hair growth comes in as a more transparent shade like gray, silver, white, ash or a salt and pepper combination.

If you’ve been dying your hair for years, you know that it takes approximately 4-6 weeks to see evidence of this strip of lighter color showing at your root line.

As you look at yourself in the mirror and notice the gray, you may feel a mixture of emotions ranging from anger and sadness to fear, frustration, shame and resentment. Don’t judge your feelings. Whatever emotion you feel is okay. It’s all good.

You have all these emotions because your mind is spinning trying to make sense of the different thoughts about what gray hair means to you. These thoughts are called beliefs and we get them handed down to us from our families and our life experiences.

Embrace Your Gray or Dye It?

If you grew up surrounded by older women who embraced their gray and were encouraged by others to feel wonderful about themselves as they matured, it’s likely that you would feel really jazzed about embracing your gray.

But if you didn’t have that positive experience, and you grew up feeling pressured to hold onto your youth, there’s a chance that you have been choosing to dye your hair.

Living in an ageist culture where beauty is typically associated with youth, it can be really difficult being a woman and facing the reality of aging.

Our society treats gray and silver-haired men and women differently which can lead to a lot of insecurities for women.

Gray-haired men are often considered silver foxes and distinguished. And women are met with comments and told that they are looking older, haggard and tired.

If you grew up in a family where there was a lot of emphasis on women’s appearances and authority figures told you how important it was to look beautiful and young, you learned to think of your value and self-worth as based on your appearance.

There’s a lot more to going gray than just giving up your hair dye. Ultimately it’s an affirmation and celebration of you stepping into your power. Your decision to go gray is deeply personal and should never be taken lightly or rushed. Here are a few tips that helped me to embrace my gray.

It doesn’t really matter whether you choose to embrace your gray or dye your hair. What’s most important to your happiness and peace of mind is that you accept yourself as you are. The only person’s approval you need is yours. You have to like yourself. The good news is that you are the boss. Nobody gets to tell you what to do and how to live.

According to research most people have what is known as an inner critic. This is generally a negative internal dialog that seems to keep a running tally of all your weaknesses, flaws and mistakes. And best of all you can get control of it. If you really pay attention the next time your inner critic shows up, you may notice that the voice and tone of your inner critic is familiar.

The things we say and the way that we speak to ourselves in our most private moments in our head is a result of what we have learned from the past. If you’ve been criticized and shamed by others or witnessed others being criticized for flaws you associate with yourself, you may recognize that you have developed a negative inner critic voice.

In many ways we unconsciously want to mimic our parents or those with whom we spent the most time growing up. You may even be body shaming yourself as others have shamed you. You can break the cycle and gain self-respect by first becoming aware of what your inner critic is saying.

If you cringe when you see your gray hair in the mirror it may remind you that you’re looking more like your mother or another female authority figure in your life. It’s been my personal experience that if you don’t have a close relationship with your mother or other female authority figures from your past, and if you are holding resentment or anger than you will feel anxious and uncomfortable seeing yourself looking like them.

What’s needed for you to soften and accept yourself at this stage is forgiving the women who have hurt you. I dyed my hair for years because I didn’t want to look like my mother. Despite being a very beautiful woman, I resented her for never protecting me as a child. Seeing my mother’s mental illness helped me to begin the work of appreciating my aging self by accepting her. Another powerful attitude shift came from the realization that I had already wasted so much time grieving over the past and yearning for the approval of loved ones who weren’t capable of those emotions. When I started to think about the generations of dysfunction in my mother’s family, I realized that like me she was just a product of her own family’s limiting and disempowering beliefs. As I gained a better understanding of my mother’s vulnerability, I began to appreciate and be grateful to her for the gifts she gave me. Seeing her as human and imperfect made it possible for me to accept myself as an aging woman.

Seek Out Role Models or Mentors

You can find role models everywhere you look. They don’t have to be celebrities or have a list of accomplishments. Keep your sights on finding real people who are relatable to you. They have already achieved what you have set as a goal. They are happy to share their gifts and secrets with you. All you have to do is ask.

I used the same steps to embrace my gray hair as I did when I learned how to accept and love my bigger body. After years of feeling tortured by a negative inner critic that made me feel fat and ugly no matter what size I was, I realized that I had become my own worst enemy. Somewhere along the way I had adopted my father’s hurtful way of talking to me as the voice inside my head.

One day this became painfully obvious to me and I realized that I didn’t have to accept his fat phobic attitudes a moment longer. At the time I was working to earn my certification as a Master Practitioner of Neuro Linguistic Programming. (NLP)

Through my NLP training, I learned that I could transform all of my negative and abusive experiences and rise above feeling like a victim to see myself from an empowered perspective.

In the course of writing my book, Lovin’ the Skin You’re In, I discovered Plus Model Magazine and began reading it online. It was filled with inspirational stories and photos of beautiful, full-figured women. This was mind-blowing to me to read about larger women who were strong and confident and loved their bigger bodies. Reading the magazine opened up my world and I became aware of a whole other side of reality. Beauty was not defined by a size.

I interviewed many women who embraced their bigger bodies. I credit Plus Model Magazine with teaching me how to love my body. Several years later when I began going gray, and recognized the conflicts I felt, I knew that I could accept the older version of myself by seeking out role models.

A great way of finding role models to help you embrace your gray is to do a search on YouTube. About 4 years ago when I felt those first pangs of discomfort around aging, I started to search for women on YouTube who embraced their gray hair. That’s when I found Monique Parent. Monique is a beautiful actress and YouTuber whose videos taught me how to accept my age.

As the proud author of the book, “Lovin’ the Skin You’re In” I teach women how to stand in their power by embracing self-acceptance.

If you’re ready to begin your own journey of stepping into your power, and rising above adversity then come join me on Facebook. Click on the link to get started: https://www.facebook.com/groups/431432387054837/