In Gratitude to Singer/Songwriter, George Michael for His Inspiration and Beautiful Music 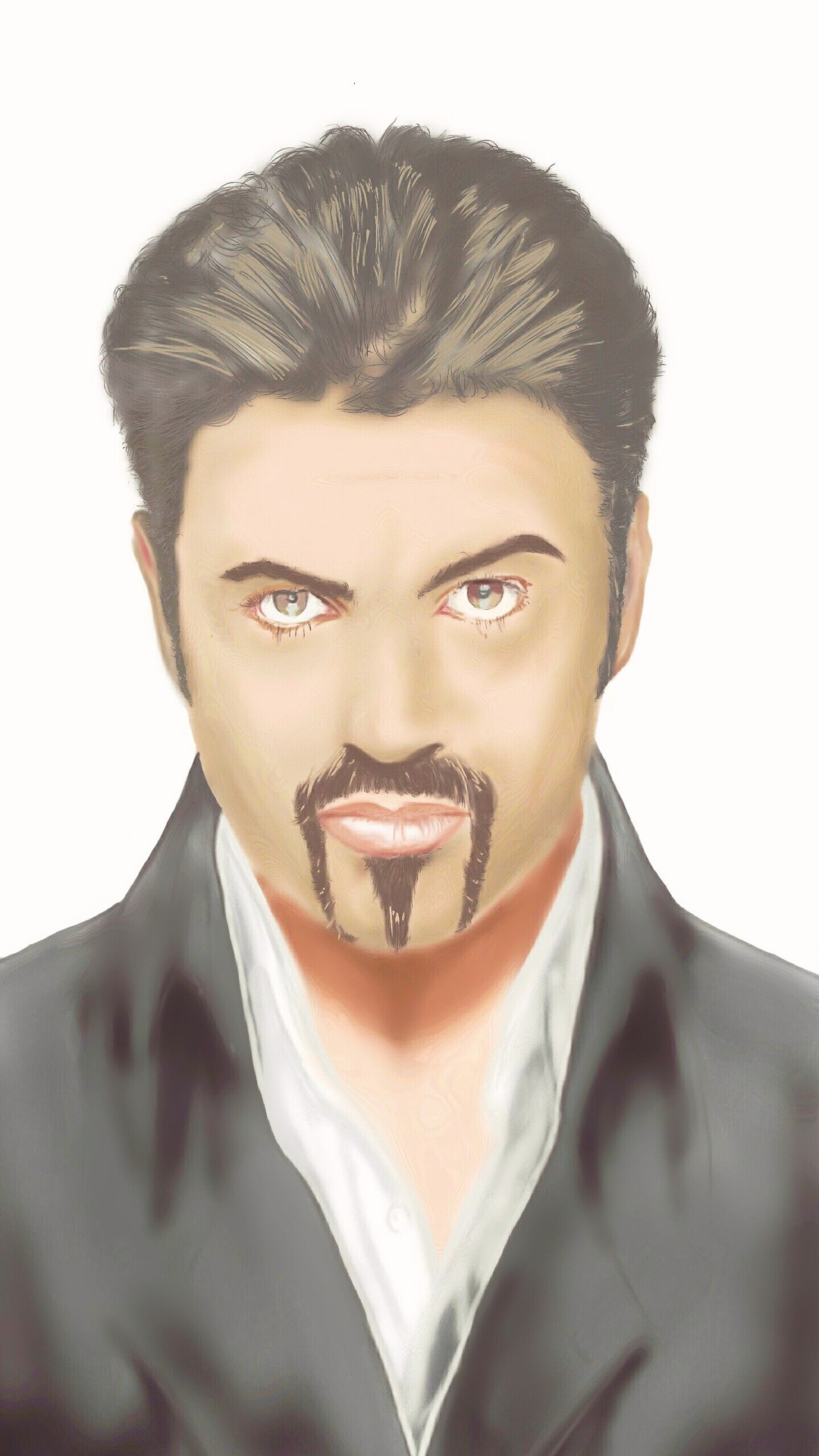 I’ve been so profoundly moved by singer/songwriter, George Michael’s passing. Like so many, I enjoyed his hot and sexy “Faith” image in the late 80’s, but when he seemed to disappear, I forgot all about him. Then when he resurfaced and dueted with Elton John and sang “Don’t Let the Sun Go Down on Me”, I was reminded of what a beautiful voice he had.

Not long ago after he passed away, I saw a video entitled, “George Michael Became A Recluse Because He Hated the Way He Looked.” Shocked and stunned that such a physically attractive man would feel that way, that began a quest for me to explore more about his life.

I discovered that he was born Georgios Kyriacos Panayioutou, and his family nicknamed him, “Yog.” He was a gay man who was half Greek, with his father from Cypress and his mother from England.

In a BBC radio interview he explains that when he was 8 years old he had a rather bad head injury. And within 6 months all his interests changed. Prior to that he used to be obsessed with bugs. At 5:00 every morning he loved to run out into the field behind his garden and gather up all the creepy crawlies and insects he could find before anyone else in the family woke up. Then after his head injury, all he cared about was music.

Raised in an oppressive home and constantly at odds with his domineering father, young George found an ally and supporter in his mother. George loved music and expressed an interest in being a professional singer. She believed in him completely and never patronized him. He and his father argued constantly because his dad wanted George to work in the restaurant.

Despite having a passion and a burning desire to be a professional singer, 13 year old George was overweight, wore glasses, had curly hair, acne and lacked confidence.

When his family moved to a bigger home in a posher neighborhood, George attended Bushey Meads Middle School. There he met young Andrew Ridgeley, a handsome rebel with charisma and a sense of style. George admired Andrew’s confidence and his way with women and the two became fast friends chasing girls, cutting class and writing songs.

At 17 Andrew convinced George to quit school and start a band. George copied Andrew’s style and began to build his own self-confidence. They spent every minute perfecting their stage presence and music. George wrote all the music and lyrics to the group’s songs and was the lead singer.

He had just turned 18 and had his first record deal. One of the representatives from Inner Visions had heard a demo of his song, “Careless Whisper” and signed him and Andrew immediately.

At 19 after 2 more years of refining their talent, George and Andrew hired 2 female backup singers and the group eventually became known as “Wham”! The rest is music history.

On November 4, 1982 they scored their first big opportunity to perform at UK’s equivalent to “American Bandstand, a show called Top of the Pops. From that single appearance, they became an overnight success.

By the time their album, “Make It Big” came out, Wham! had three #1 hits in America. George was only 20 years old and was already a producer and arranger who knew how to make chart-topping records.

Since Wham!’s appeal was aimed at teenagers, they both recognized that it would be nearly impossible to continue their success into the future. After their last concert ended, George and Andrew carried out their plans to go separate ways, ending a pop era.

With record sales over $40M, both men had become multi-millionaires. George went on to become a successful solo artist selling 80 million albums and Andrew chose a quieter path.

Throughout his entire professional life, George Michael was an amazingly generous man who made donations to so many individuals and organizations, sharing his time, talent and money.

As I’ve continued to research, watch his interviews, listen to his music and learn more about him, I discovered that the reasons for his disappearance after his mega success with his “Faith” album, stemmed from years of depression.

He was haunted by the fact that his mother’s brother killed himself the day George was born. When George was 17 his mother confided in him that his Uncle Colin was gay. He eventually put his memories and feelings into a beautiful song entitled, “My Mother Had a Brother.”

After his mother was diagnosed with a virulent strain of skin cancer, she lived only 6 more months. He grieved her passing for 2 years. One day while traveling in Brazil, he met a man, Anselmo Feleppa and knew that he wanted to share his life with him. That was his first awareness that he was gay.

Six months after living with Anselmo, Anselmo was diagnosed with HIV. Then 2 years later he died. George channeled the rage he felt into a 2 year long court battle against his record company, Sony. Signed when he was only 18, his contract with Inner Vision records, was later bought by Sony.

He argued that the terms of the contract were unfair because they paid him only a fraction of what other artists earned. Worse yet was the fact that he was basically the property of Sony and his contract made it impossible for him to leave and record anywhere else. I respect that he was a man who was willing to fight for his principles and what he believed in.

Despite the fact that he was a wealthy man with phenomenal success and talent, who had every possible advantage and luxury, George was miserable with fame after he and Andrew broke up Wham!

By nature he was an introvert, a quiet reflective person who could not handle the media circus. As long as he had Andrew to joke around with, he was grounded and able to handle his success. But once he went solo, and was on his own, he suffered from extreme loneliness and depression.

He talks about his inner conflict around being famous saying, “to be obviously a part of people’s lives that’s what I dreamed of and that’s what I’m still grateful for, but My God! I wish I could cope with the other stuff the way other people do. I wish I’d been born with that particular suit of armor. You Know, ’cause I wasn’t.”

After his phenomenal yearlong success with the Faith Tour, he realized that his fame during that period had brought him so close to lunacy that he could never allow himself to be that vulnerable again.

He hated having his picture taken and giving interviews. After touring for a year, earning Sony $150M, he was satisfied to take his fraction of the money, and go back home to his native England.

As his grief took more of a toll on his life, so did his tendency for self-destruction. He fell into drugs and all the consequences that came along, creating even more misery for him.

As I listened to his interviews, interspersed with exploring more of his music post “Faith”, I discover a very soft, gentle soul of a man whose music is a gift for all to enjoy.

I’ve come to love his music so much. I feel a kinship with his spirit because like him, I was also profoundly affected by the pain in my life, and grieving my losses.

And during his long grief periods, it was impossible for him to tap into his talent to write and sing his music. As I thought more about my own challenges with depression, I realized that during those periods in my life, my creativity was stifled also.

After watching the video documentary, “A Different Story,” and learning more about the man behind the artist, I’m so moved and inspired by George Michael’s story. I feel heartbroken to know that he lived such a pained and tortured life.

Over the past 2 years when I struggled with depression, it’s been George Michael’s music and his stunning song writing talent and stage presence that constantly lifts my spirits, brightens my mood and keeps pulling me back to my passion for self-expression and talent for writing.

As I listen daily to his beautiful music, I’m constantly reminded to give voice to my gifts by continuing to write. Thank you, George Michael.