The Power of Questions – Exposing Obsession 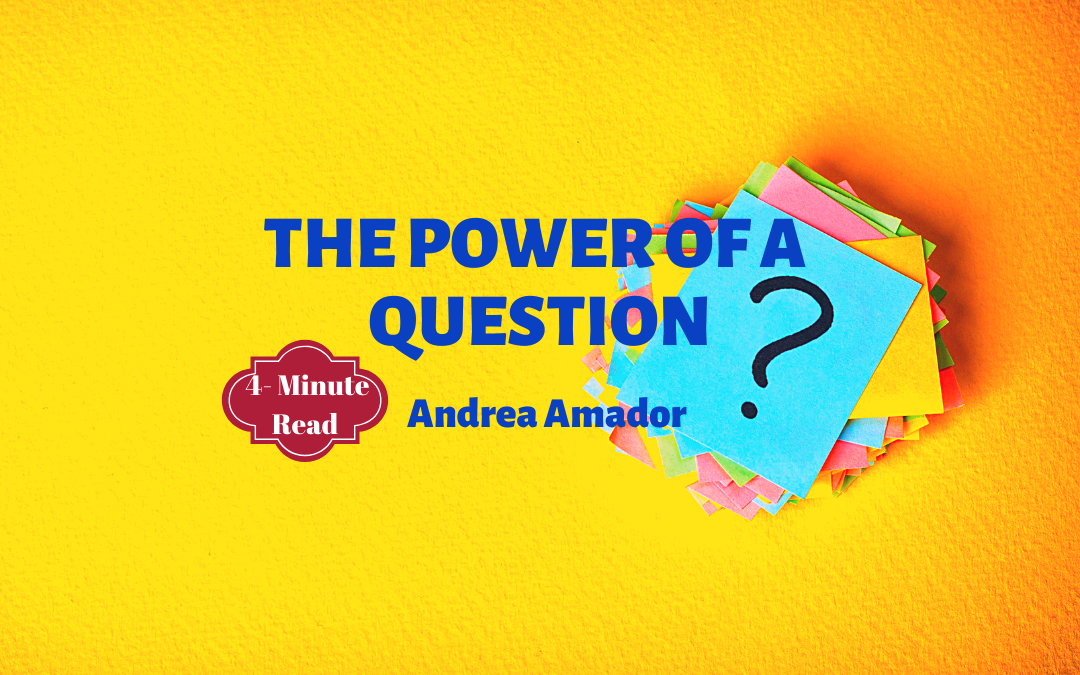 Obsession lives and breathes in eating addiction. If you’re a woman struggling with excess weight and overeating you could be using food to distract yourself from an obsession. Living with an obsession is a lot like being in a trance. You’re not even aware of what you are doing or the consequences of your actions until something happens to break your concentration. That’s called a pattern interrupt and it switches your focus from what you are thinking about to something completely different. Asking questions is a powerful way to change your perspective. Have you ever been asked a question that changed the course of your life? I have.I’d like to tell you a story about the day I learned about the importance of asking questions.

My Broken Heart, Fractured Elbow and the First Day of Coaching Training

It was the first day of my Coach Certification training at IPEC (The Institute of Professional Empowerment Coaching). It was a beautiful crisp day in October 2004. I had arrived late because I had had an argument with my husband. It was just another in a string of many squabbles. We had been on the outs lately. I was certain that we were headed for a divorce. I wondered where the love had gone.

For the majority of that year, I had been spending a great deal of time away from the house in an effort to create a non-profit organization named Nana Cares. It was going to be a foundation to benefit abused women and kids. I had just returned from an 8 day trip to Dallas, Texas to attend a Gather the Women conference. On my way to picking up my new business cards a few days earlier, I fell down and broke my elbow.

A broken elbow wasn’t going to derail me. I was a woman with a purpose. My master plan was to gather together a cohort of practitioners that could teach abuse survivors different stress-relief techniques to deal with their trauma. Over the course of nearly a year, I had flown to so many cities throughout the US attending seminars, making connections and networking with people who could make my vision a reality. As an abuse and incest survivor myself, I wanted to spread healing and hope to women who had been abused. A few months earlier while attending a training to become a Master Practitioner of Neuro Linguistic Programming, I had just learned this new process called Emotional Freedom Technique. It blew my mind and I was determined to share it with other women so that they could overcome their pain.

Two years earlier, my Nana had passed away and I was determined to build a healing organization called Nana Cares in her honor. I adored my Nana and her loss tore me apart. It was so bitter I could taste it. I couldn’t think of anything besides missing her. I wanted her back so badly so I threw myself into the process of creating an organization in her honor. It almost felt as though she were with me again.

Filled with feelings of loss and abandonment over Nana’s death, aching from the pain in my elbow and broken-hearted over my thought that Angel and I were probably headed for a divorce, I collapsed down into my chair in class.

I can’t remember much about the first day because I was so preoccupied with my thoughts. I just remember that the instructor kept going on about the power of questions especially open-ended questions. These were questions that usually started out with the words, “Which, how and what” I learned that the brain processes these open-ended questions at a deep level and it’s a way of accessing your unconscious beliefs. These are the motivations behind the things we do without realizing it.

A Question Exposes My Obsession

During lunch time we were given an assignment to pair up with a buddy and coach them using only these types of questions.

My buddy coach for the assignment was LD. He was a big, hulking teddy bear of a guy. We decided to go to lunch next door.  I don’t remember what he ate, but I know that I ordered the warm mushroom salad.

He began asking me some questions and I answered them one by one. As he uncovered more about me, those questions became more pointed and I could feel that they were making me think differently. We began talking about my passion to create Nana Cares and he asked me this question:

Andrea, how is this passion to create Nana Cares affecting your family?

I broke into sobs and huge salty tears fell into my warm mushroom salad. I was stunned by the impact of one question.

An Immediate Shift in Attitude and Direction

In the next moments, I knew what had been going on with me. I realized that my passion to create Nana Cares was preventing me from appreciating the people who I loved most in my life, my family. I realized that the distance between Angel and I was only caused by me. I was pushing him away, not the other way around. He was only reacting to feeling rejected and neglected. He was feeling the pain of me taking off and leaving over and over again to take classes, to attend seminars and to pursue my quest without regard to his needs and feelings. I realized that I was ignoring everyone in my life in an effort to bring Nana back to life. I sat on the bench in the restaurant, limp from crying and overwhelmed by what I had uncovered right there in the restaurant. And …All it took was one question.

Within minutes after that, I had realized what I must do next. I had to postpone this pursuit to create Nana Cares and find a plan to honor my Nana in a way that was more gentle and compatible with my lifestyle. I had to include my family, not distance myself from them. That lunch helped me to sow the seeds of what is now my precious company, The Juicy Woman. It is in creating The Juicy Woman that I honor my Nana by helping to empower other women as she did for me.

Immediately following lunch, I called Angel and told him of my insights. I apologized for all of the hurt that I had caused and the distance that I had created with my obsession. I told him that I was temporarily shelving the plan for creating the foundation and instead I’d start a business to empower women and kids that would honor Nana’s memory. That night he and the kids came down to the city and picked me up and we celebrated my actual return home.

How about you? Have you ever gotten so wrapped in something that you lost sight of what was important to you? Have you ever felt resentment brewing in you that caused you to think of your blessings as irritations? That’s what obsession does to people. It makes them forget that there’s life beyond their obsession.

Have you been struggling with overeating? I’m here with coaching support and workshops to end your food obsession.
Click to join my FB Group, “30 Days to Lovin’ the Skin You’re In”